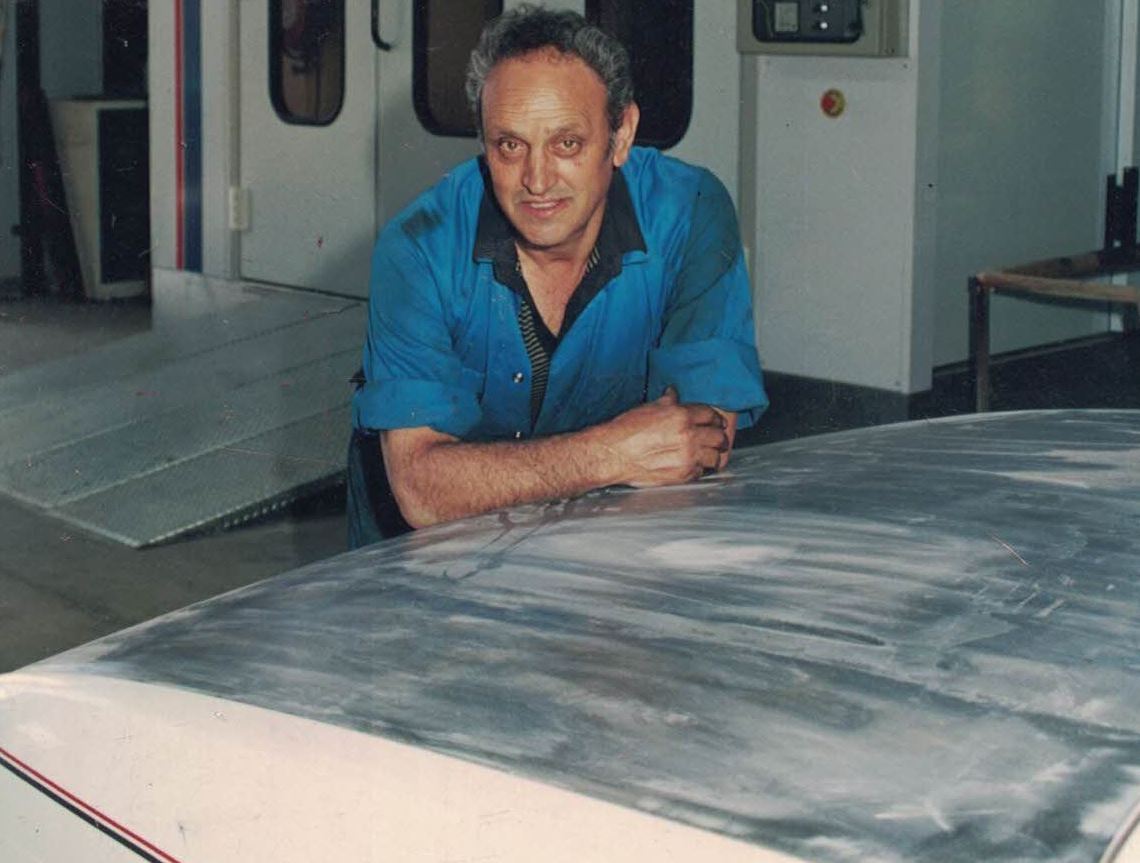 Posted at 12:36h in Uncategorized by josh 0 Comments
0 Likes

A little over fifty years ago a young man name Guido Varricchio opened the doors to a small crash shop full of big dreams.

Less than a decade earlier Guido had emigrated from Italy to Adelaide and started learning to panel beat – the old fashioned way. After finishing his apprenticeship and honing his craft he wasted little time in realising his big ambitions: buying an almost vacant lot in Klemzig, and setting up shop in the small shed at the back of the otherwise bare property.

From the ground up, using only his own two hands and a little help from a friend, Guido transformed this vacant patch of earth into a fully-fledged crash shop. This was just the beginning. Over the years he hired an ever-expanding team, increased operations and built up a loyal customer base with his attention to detail and level of service, while continuing to exact his trade.

Simultaneously he was also raising a family. In 1977 Guido and his wife Romilda had their fourth child Michael, who decades later would take the reins from his father.

Business continued to prosper thanks to his reputation as one of Adelaide’s best and most meticulous Crash Repairers. In 1990, wanting to return to a more focused approach to his repairs, Guido sold the site he had built himself and relocated to a smaller location on Magill Road, where we still stand proud today.

Now, Varricchio’s Crash Repairs is excited to celebrate over 50 years of business.

A lot has changed in 50 years of the crash repair industry. Cars have evolved from their exterior body shapes and panels down to their innermost electronics, with accessories and gadgets reaching new levels of complexity. Repair procedures and processes have changed as well, as have the tools and equipment we use. Paints are constantly changing as manufacturers continuously push to create new colours and finishes to allure customers, as well as innovate paints with minimal environmental and health impacts squarely on the agenda. (Spray painters too have needed to stay on their toes to flawlessly match that unique sparkle on your new car!)

Even insurance companies and protocols which affect much of the industry have changed drastically over the last half a century.

But one thing that hasn’t changed at all is Varricchio’s values. Still family owned and operated, and still rooted deeply in the eastern Adelaide community, Michael has inherited Guido’s old-fashioned sense of customer service, his commitment to repair quality and job satisfaction.

We’ve always been very proud of all our many return customers, be they from two months ago or fifty years ago – their faith in our workmanship and best possible level service is what’s allowed our small crash repair shop to keep kicking big goals for over fifty years. Thanks to everyone who’s come in and greeted us with a smile, making it easy for us to look forward to next fifty!